In early 2014 Easton will release a batch of new Balanced and End Loaded bats in both USSSA, ASA, Senior Softball, and one new bat with both an ASA and USSSA stamp.

There are so many models. What is the difference between them?

In reality, there is not a whole lot of difference between the 2014 Easton Slowpitch softball bat models. Just ask yourself if you need a balanced bat to help you swing through the hitting zone quicker, or are you a power hitter that can swing the bat quickly? You should look into a more end-loaded bat to help hit the ball farther, due to more mass towards the end of the bat.

The two most exciting bats, I think, are the “Cross Stamp” ASA and USSSA approved LX.0 and the Senior Softball Bat (which is the first 1.21 BPF bat Easton has ever produced). The LX.0 will let you buy one bat and be able to use it at almost any softball field, no matter what sanctioning body is running the games that day. 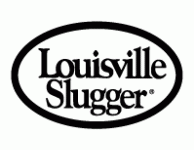