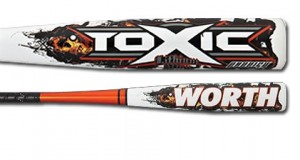 When it comes to playing slowpitch and fastpitch softball, a lot of people think that you need to have the most expensive bat on the market to be successful. That isn’t the case. You need to have solid fundamentals and know how to play the game the right way. But for those looking for solid bats at an affordable price, Cheap Bats has plenty of options. There are cheap softball bats that can be purchased through the website that will set you up for a great swing.

When it comes to affordable softball bats, the Easton Hammer is one of the best options. This bat costs a little more than $20 and is an unknown bat on plenty of benches around the country. The Easton Hammer softball bat is a single piece model that was constructed with aluminum alloy and comes with a thin handle, making it easier to hold for smaller players. It was made with a 12″ evenly balanced barrel to allow for the best swing every time. A great bat for under $40.

For those looking to find cheap softball bats, this is one of the best to get your young daughter used to swing a bat. It has an 11 oz. weight drop and is made with single piece construction. The bat is built to last and meant to last for an extended period of time. It has a large sweet spot which was created after Worth extended the barrel close to two inches longer. The Worth Toxic Fastpitch Softball Bat is center loaded which will allow you to get more power behind each swing. A true bargain at under $30.

When people think about softball bat manufacturers, one company that doesn’t get a lot of attention is Mizuno. The company is known for their excellent gloves and cleats, but with this fastpitch bat, you will never doubt their ability to make a solid bat. The 2013 Mizuno Mirage has a 12.5 oz. weight drop and was created with new technology that enhanced and expanded the sweet spot throughout most of the barrel. Hard to believe, but this softball bat is under $70.

These are just some of the cheap softball bats offered at Cheap Bats. For more information, just click the hyperlink.