Another year, another release of sick slowpitch bats from Easton. We’re going to dive into each bats construction, design, strengths & everything in between so you can be as informed as possible.

A lot of the talk will be about the Mako Torq making its way into the world of slowpitch softball, so let’s start there… 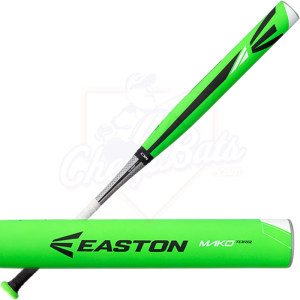 Already introduced to baseball and fastpitch softball, this is the Mako Torq’s 1st crack at slowpitch softball. The Torq is made as a 2-piece, constructed with Easton’s top of the line 100% TCT Composite. The CXN piece, returning from last year, centers the barrel-to-handle connection and is going to reduce vibration and redirect contact energy back to the sweet spot upon impact. What separates the Torq 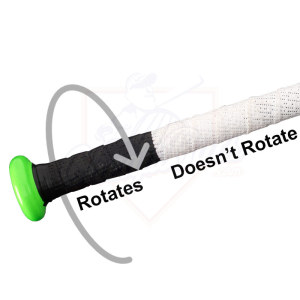 from the rest of the pack is the 360 Technology located along the gauze grip at the bottom of the handle, which is placed specifically where your bottom hand grips the bat (see 2nd image on the right). So, as you swing the Torq, your bottom hand will easily rotate along with the bottom of the handle, allowing you to have the most comfortable & complete swing into and out of the hitting zone. In short, your squaring up more pitches – more often. The rotation can go either way, making it good for both right & left-handed hitters. Also, the Mako Torq is Brett Helmer’s 2015 Pro Model bat. 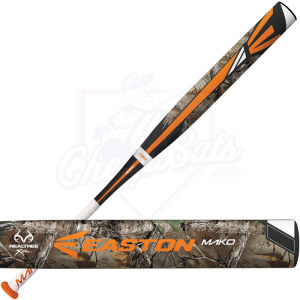 Next up is the Raw Power series! 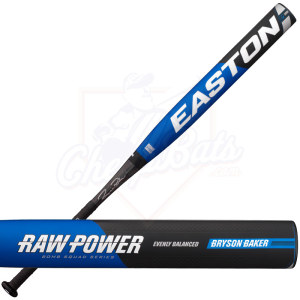 If you’re a contact hitter looking for swing speed and bat control, then the Bryson Baker is the Raw Power you’re going to want. Made balanced, Easton constructs the Bryson Baker Raw Power as a 2-piece that’s crafted out of 100% IMX Composite material. IMX is an advanced composite type (just a notch below the TCT Composite used with the Makos above) that’s going to optimize the barrel and increase overall performance throughout the bat. The CXN piece is used here as well, connecting the barrel to the SIC Black Carbon Handle. The SIC handle is patented by Easton and used to eliminate vibration for a better feel upon impact with the softball. This is a very impressive bat without all the extra bells and whistles of the Mako lineup, with the added benefit of not being as expensive. 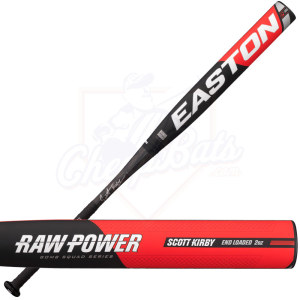 Made end loaded, the Scott Kirby Raw Power is for power hitters. The extra weight is precisely placed at the end of the barrel allowing hitters that can get this baby through the zone to mash with increased distances. This Scott Kirby (just like the Bryson Baker) has a 2-piece design using the CXN piece, is made out of 100% IMX Composite material & has the SIC Black Carbon Handle. This is the best end loaded bat in the Raw Power series, hands down. 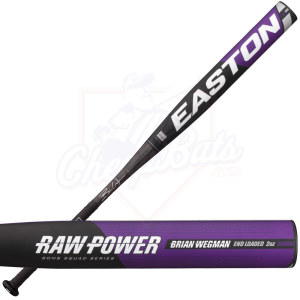 The Brian Wegman is the solo 1-piece bat in the Raw Power series, while still being made out of 100% IMX Composite material with a SIC Black Carbon Handle just like its counterparts (the Bryson Baker & Scott Kirby). Made end loaded, the Brian Wegman is designed for power hitters that want more mass at the end of the barrel, but don’t mind a single piece bat that gives them a little feedback upon contact with the softball. 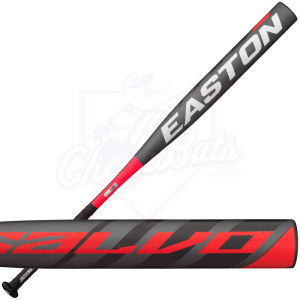 The Salvo series of bats are all made with Single Piece designs constructed with 100% IMX Composite material. No special handle comes on these bats, just the IMX from the end of the barrel to the bottom of the handle. The Salvo is going to be your basic slow-pitch composite bat, giving you good material at a good cost. These 3 Salvos are also made for power hitters with their end loaded weight distribution. 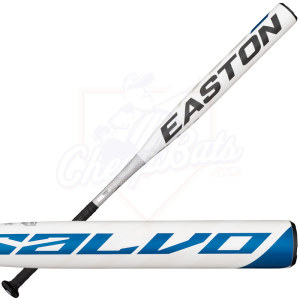 The Salvo Scandium is your price-point Single Piece bat, made out of THT100 Alloy material. THT100 is one of the better aluminum materials on the market, giving you decent durability and a sweet ping sound when you make contact with the softball. If you don’t want to break the bank, but want a producing bat, the Scandium is a great option for you. Also, the dual stamp approval is a plus, giving you flexibility with what softball association your league uses. 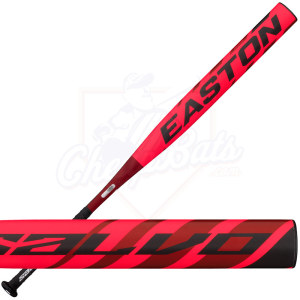 This is Easton’s lone 2015 Senior slow-pitch bat, certified by 1.21 BPF and approved for SSUSA play. Just like the Salvos above (besides the Scandium), this Senior edition is made with a 1-piece design and constructed out of 100% IMX Composite material. However, this is the only evenly balanced Salvo model, made for SSUSA contact hitters who prefer improved bat control and increased swing speed as perks.

Get your 2015 Easton slow-pitch softball bat at CheapBats.com! Batisfaction, Guaranteed! 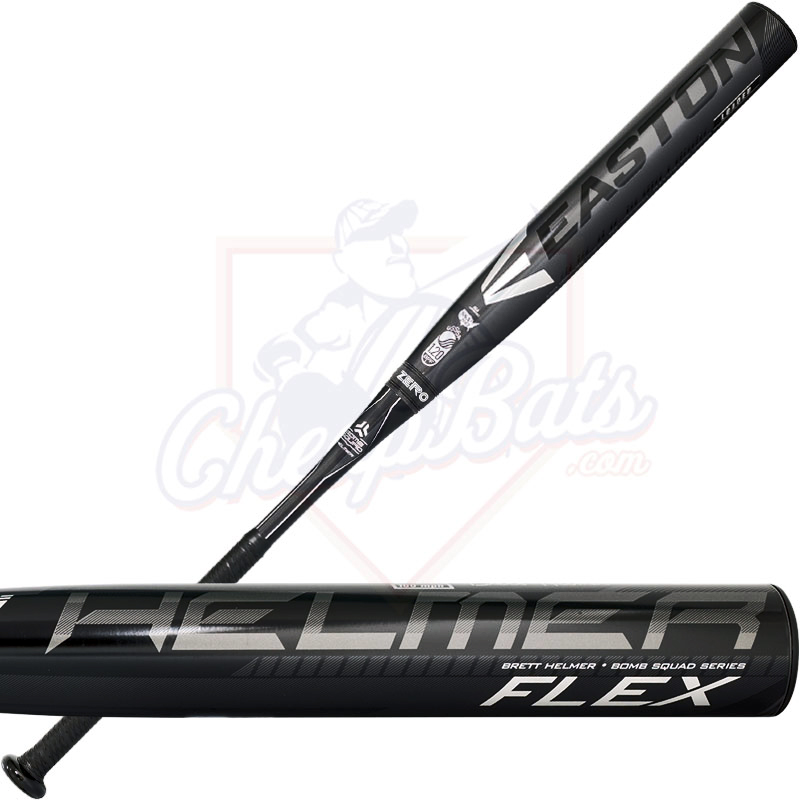 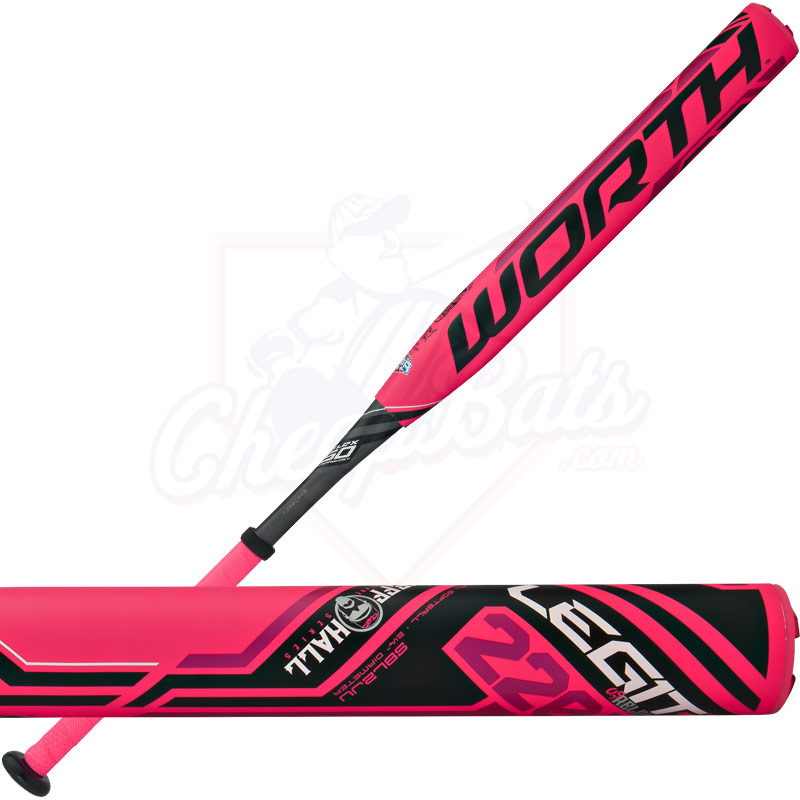